Reader, writer, and all around great gal.

Annihilation, the first book in Jeff VanderMeer’s sci-fi/horror Southern Reach series, was published a little over seven years ago. I first read it around that time, ended up reading it again a year or so later, and have had the other two books in the series on my shelf for the last year or so just waiting for the right time to sit down and revisit the series in entirety. During the pandemic’s lock down last year, I had that time and was able to read all three of the books in the series one after the other (yes, I have read the first book three times now and I really could probably read it again – I may be an addict!). I especially wanted to revisit Annihilation in conjunction with the movie, which came out in 2018. After indulging in a deep dive of the books and movie, I came away even more convinced of how effective Annihilation is, and even gathered a few new ideas that kept me thinking about the series long after I was finished. (Note: Spoilers ahead!)

Annihilation introduces us to a world where part of the eastern United States seaboard has been significantly changed by an unknown type of event. There is some type of permeable border around the area, which is now called Area X, and a military organization called the Southern Reach has been tasked with controlling and investigating the situation. Scientists have been sent in on expeditions with the hopes that they can record information and report back. Our protagonist is introduced to us as The Biologist, and each member of her expedition is referred to in similar terms by their role: The Psychologist, etc. The story follows the group as they journey into the border zone, a trip that The Biologist undertook with the hope of finding out what happened to her husband, who seemed to have been damaged in some way on his venture into Area X. However, she eventually comes to understand that the being that returned to her from the previous expedition was likely not, in fact, her husband at all.

We see Area X through The Biologist’s eyes and it quickly becomes clear the changes that have taken place are both wonderous and terrifying. Electronics do not work within Area X, so all members of the expedition are given paper journals in which to record their findings. The flora and fauna within the area have been altered in ways that would seem to be impossible based upon our current understandings of nature, and it isn’t quite clear that time and space work the same within the area as they do without. As the expedition ventures further, ever more disturbing mutations are encountered, and each of the individual’s personalities begin to change. By the end of the novel we have some answers as to what is happening, but those answers serve only to spawn more questions. My main takeaways from the book: 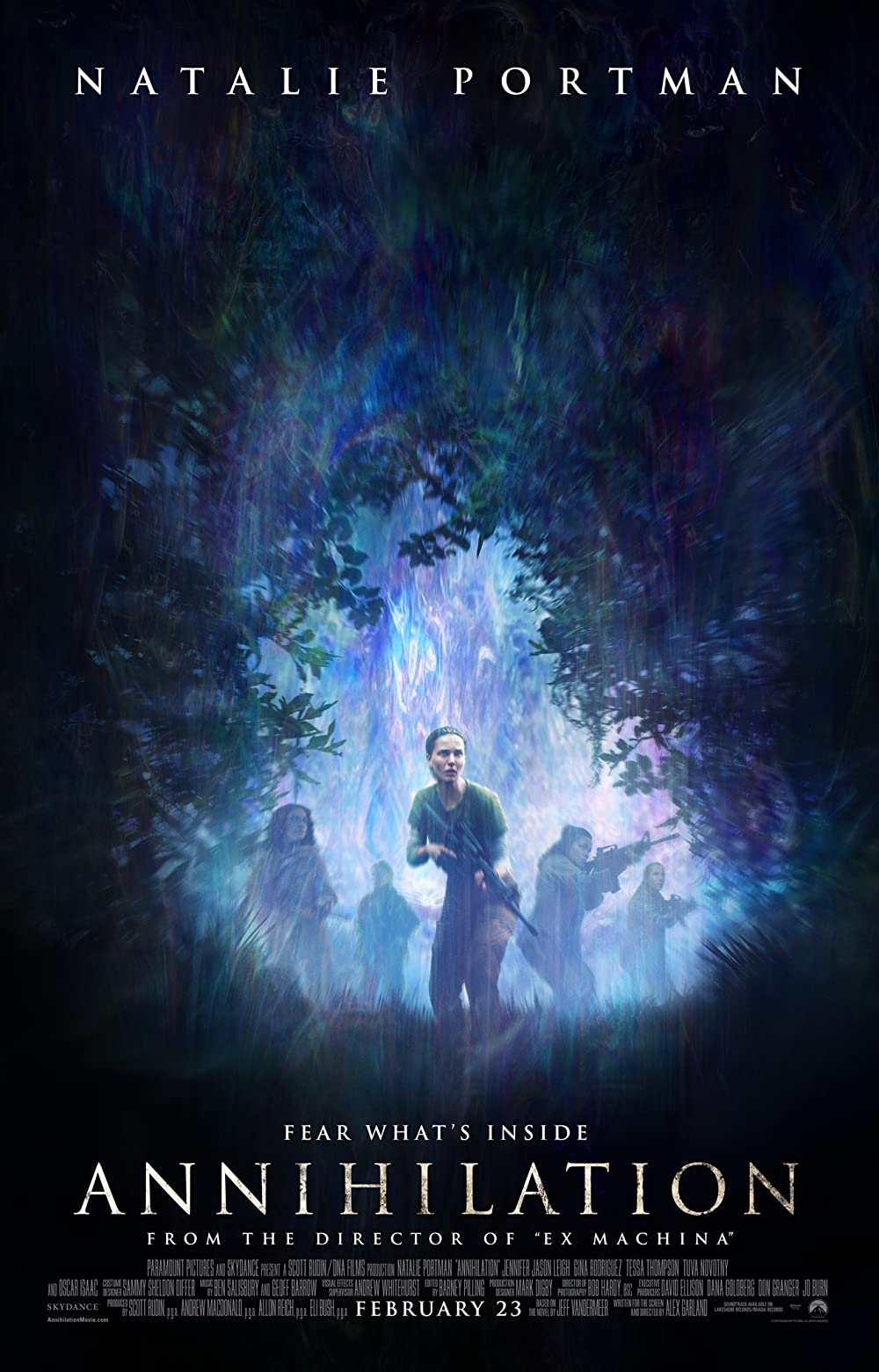 The plot for the movie actually follows that of the book to a great extent. Some of the main changes are interpretations of characters, encounters with the remains of previous expeditions within Area X, and a more detailed interpretation of how the changes to flora and fauna manifest along with a suggestion of how it may relate to our own understanding of physics. The ending of the movie, however, is much different than the book with The Biologist returning to the Southern Reach compound, rather than continuing on her journey within Area X. This plot change serves to facilitate the exploration of an interesting concept related to the way that Area X is facilitating changes especially concerning creation (or re-creation) via duplication or twinning, as well as give a hint at the direction for the following books in the series. Some of my observations when comparing the movie to the book: 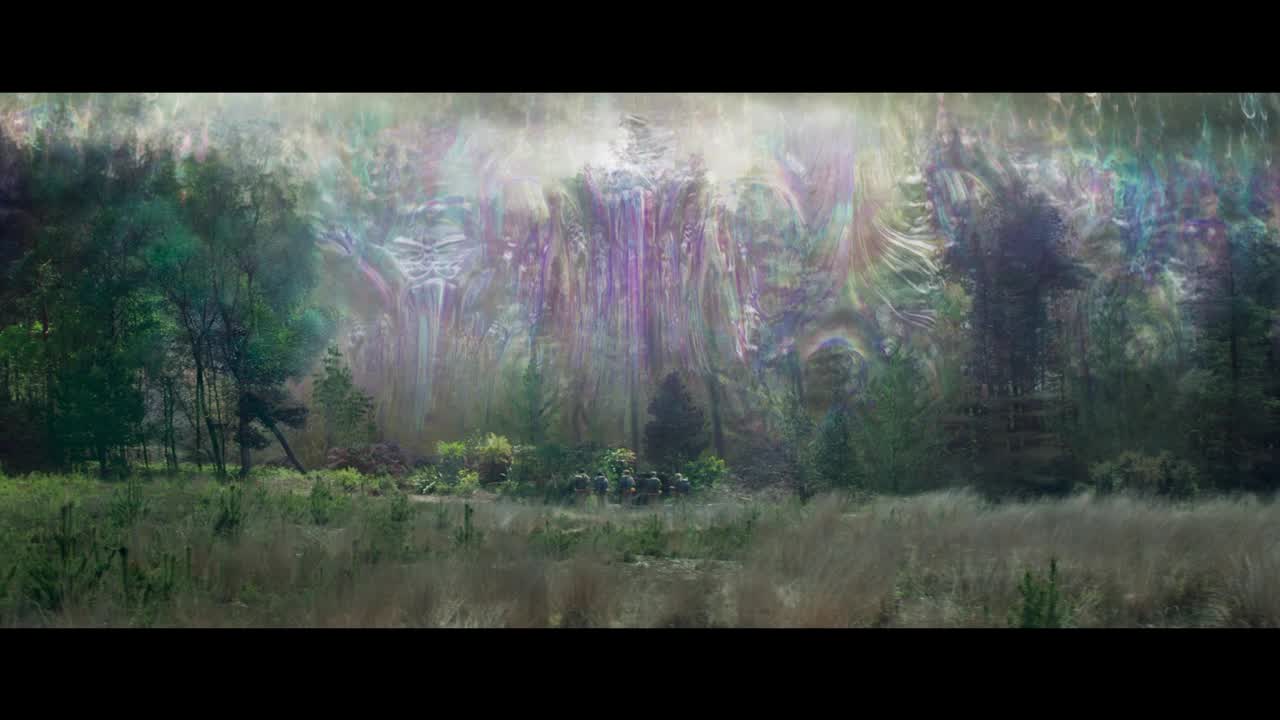 As you can probably tell, I really love both the movie and the books. I feel like there are just a ton of ideas in this series to think about, so much so that I will be talking more about the next two books in the series – Authority and Acceptance – in another post. Additionally, I was super excited to see a Facebook post from Jeff VanderMeer before Christmas announcing a forthcoming fourth installment in the series – Absolution. I can’t wait to see what’s next! 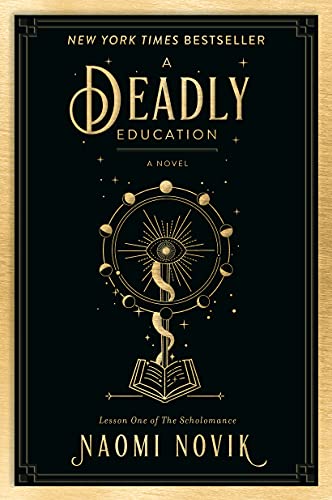 I recently gobbled up the most delicious dark fantasy book and had to share! Naomi Novik has already made a name for herself with her Temeraire series, and now has a new series that can briefly be described as the dark side of magical education. Unlike Hogwart’s, the Scholomance in A Deadly Education is a school that exists within the void, has no instructors to watch over the students, and spends most of its time apparently silently laughing as a variety of “mals” (unpleasant magical creatures) try to kill off the thousands of young magicians who are enrolled. These young students are magically inducted their freshman year with only what they can carry on their persons – popped from their world directly into the Scholomance without much warning. Afterwards, their training becomes literally a trial by fire with lessons provided by the school itself, penalties for not completing them, daily dodging of mals, and culminating with a ritual cleansing of the halls each year by mortal flame. Throughout it all, the students must work to form alliances that will help them make it through graduation, which consists of getting through the graduation hall and to the exit gates by dodging a gauntlet of mals that have been collecting there over the past year and who are hungry for a feast.

Galadriel, our protagonist, is a somewhat misathropic young girl who has struggled her whole life. When we meet her, she is beginning a real hate relationship with the school charmer, Orion Lake, who goes around showing off and saving people from mals. This is especially irksome because the use of magic requires mana, which has to be either earned or borrowed. If you’re someone like Galadriel you spend a lot of time finding ways to make mana. If you’re someone like Orion, you have a whole enclave of other magical students with mana aplenty to draw on as you choose. Additionally, there are reasons that saving freshmen from mals doesn’t benefit the rest of the student body, so Galdriel is less than pleased with this Orion dude.

Novik has created a world that absolutely sucked me in. I flew through this book and had so much fun that I’m really looking forward to the next in the series – as well as the third which is forthcoming. Novik excels in creating new worlds that are richly developed and characters that feel real and for whom you can form an attachment. If you like your magical universities with some high stakes and dark undertones, then you won’t be disappointed with this series.