Another of my all-time Halloween favorites is, Evil Dead II. The second in Sam Raimi’s series of films, this one definitely beats the first (The Evil Dead) for me. I still remember the first time I watched this film, and it was one of those experiences where I just fell in love. This is undeniably one of those landmark films, and whenever I see a movie now with a cabin in the woods this is the film that I go back to. It’s where that specific sub-genre of horror was first created for me. I think that this film also was one of the first that successfully introduced the combination of comedy with horror, something that seems to a be a more focused area of development over the past few years, especially with films like Cabin Fever and Tucker and Dale vs. Evil.

Here are the things that bring me back to this film over and over again: 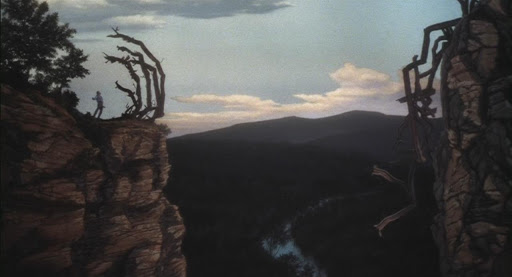 If you have never checked this movie out, you should definitely add it to your list. It’s a horror classic!